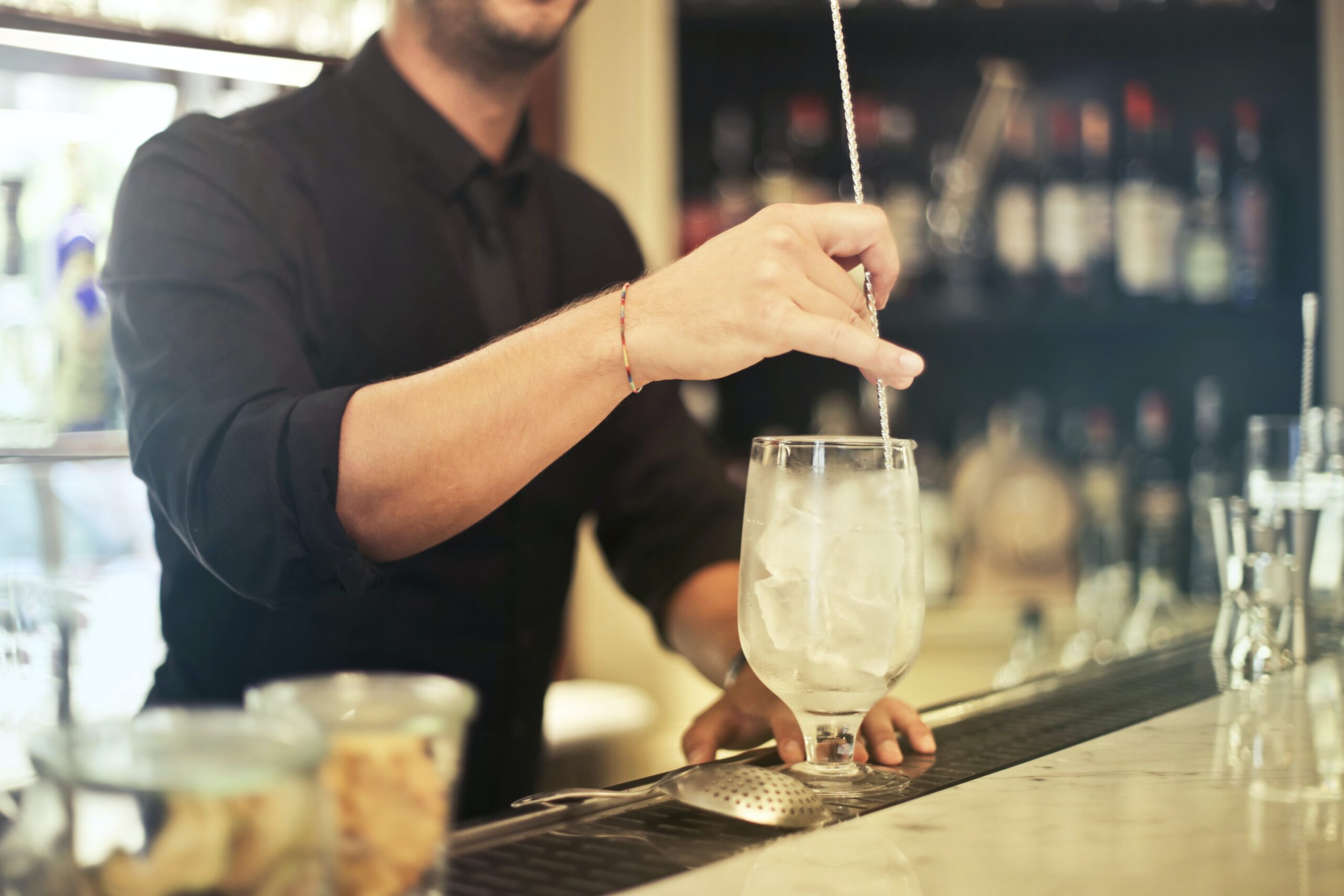 The COVID-19 pandemic and lockdowns are radically changing the way people engage with pubs, bars and restaurants—possibly for good. As the on-trade enters a challenging 2021, here is CGA’s guide to how shifts in consumer behaviour will impact the drinks market over the next 12 months.

The COVID-19 pandemic and lockdowns are radically changing the way people engage with pubs, bars and restaurants—possibly for good. As the on-trade enters a challenging 2021, here is CGA’s guide to how shifts in consumer behaviour will impact the drinks market over the next 12 months.

1. The changing consumer hierarchy of needs

CGA data had previously revealed a hierarchy of needs for consumers in the on premise, ranging from essential, elevating and exceptional. Elements such as safety, value and good service were seen to be essential to any hospitality offering, while healthy options, staff knowledge and ethical choices elevated experiences. What took these to the top tier however were new, often exclusive elements, resulting in aspirational on premise experiences. “We had never seen a more demanding, discerning and fickle consumer than in the pre-pandemic on premise” explained Phil Tate, group chief executive of CGA.

However, research undertaken since venues re-opened across the globe in 2020 highlighted shifting elements across this hierarchy of needs. Technology solutions for payments and healthy options have moved from being “nice to have” to becoming essential, while community links also shifted down the hierarchy, from exceptional to elevating. In turn, “good atmosphere” and value moved from being essential to nice to have as people become more safety conscious.

Understanding these changing aspects of on premise experiences and targeting effectively across each tier of the hierarchy is vital to building on premise advocacy. Supporting operators to provide safety on one hand, but experiences on the other is a fine balance, but with significant rewards available for those who successfully navigate this” Tate added.

An increased desire to support local, built on trust, community spirit and changing work life patterns is another trend identified by the research. First identified in the immediate research undertaken in China, following the re-opening of bars, cafes and restaurants, a consumer desire to “trust local”, alongside changing work patterns and a reluctance to visit crowded city centres have all contributed to a boost in localised on premise occasions. This also extends to drink choices too. Nearly a third (30%) of British on premise consumers say that it is now more important that the drinks that they choose are “local”, “British” or “traditional”.

Extending to a renewed sense of community, drinks producers who are able to convey their local or traditional credentials will appeal to those looking for safe choices in the market” suggested Charlie Mitchell, CGA Research & Insights Director.

With disposable income squeezed for the many, alongside a continued premiumisation of drinks choices, CGA’s research throughout 2020 revealed a polarised nature to consumer purchases in the out of home market, likely to extend to 2021. Over half (52%) of US consumers who typically choose high quality drinks are doing so more now, than prior to COVID, while, in the GB market, standard spirits have seen an increase in share as consumers increasingly look for value. Indeed, when asked about the attributes that had increased in importance for drinks in 2020, the most selected option was “good value”, followed by “high quality”, emphasising the polarised nature of consumer drink choices.

The on premise has traditionally been viewed as a breeding ground of innovation and experimental consumers, with data highlighting that 62% of sales for the top 10 NPD launches from 2018-2020 had come through the on premise channel. However, the changing hierarchy of needs may begin to shift the balance between trial and trust.

With operators suggesting that drinks menus may be pared back, at least temporarily, the balance between quantity and quality of new options may shift from the former to the latter, as suggested by Phil Tate;

For operators, choosing which brands to stock has never been more difficult, while for suppliers it’s often a case innovate or die. But less and more focused has to be the key for success in a market where there is still consumer demand for new, but also a desire for safe choices”.

Already shaping the market and consumers’ choices within it, health continues to be at the forefront of minds. At the start of 2020, when asked for predictions on the top drink trends impacting the market, five of the top seven selections made by CGA’s Business Leaders panel were aligned to health, from no and low alcohol to skinny cocktails. With the pandemic intensifying demand for well-being choices, expect the no and low market, along with the likes of hard seltzers to continue to gather momentum through marketing as healthy alternatives.

Linked to the super-trend of increased transparency, community and principled choices, CGA research has revealed that, while ethical demands initially took a back seat as safety became paramount, the overarching trend is set to continue at pace over the coming years. Business leader research undertaken highlighted that nine in ten operators rate the ethical engagement of current or potential suppliers as an important consideration for their business. Meanwhile, for consumers, there has been an increase in expectation around information on where products have been produced for choosing items, emphasised by the fact that 41% of GB consumers suggested that they would be willing to pay more for ethically sourced food and drink.

The natural progression to the FOMO (or fear or missing out) trend, social currency is quickly becoming central to all out of home experiences” claims Mitchell, “the modern ‘word of mouth’, social currency is one in which the advocate gains a form of currency from being ‘in the know’ via kudos, likes and shares – all virtually of course.”

With a third of 18-34 year old consumers in GB stating that they “plan to visit all of the new/trendy Instagrammable venues missed out on when permitted, to share on social media”, social currency is predicted to continue to shape the on premise. “There is no category in which this is more evident than cocktails” explains Mitchell, “we have seen consistent growth in the category across the globe, which along with being attributed to increased distribution, is also down to the fact that they look better than any other drink on social media”.

With restrictions in place for much of 2020, the occasions on which consumers visited the on premise altered drastically, with drink choices varying with them – a trend that can be expected to continue well into 2021. Choices and occasions linked to the late night sector, ravaged by closures, were recreated in other sectors, reflected in the boost of categories such as shots and shooter in opening week sales in venues such as pubs.

Further shifts in traditional occasion dynamics are highlighted by the fact that just 1 in 3 GB pub visitors in the second half of 2020 visited for solely drinks. With food likely to remain a legal requirement for visits at least initially, suppliers that are able to successfully tap into food-led occasions, through pairing or meal deals can capitalise on this.

CGA’s research also points to an expected return of treat occasions, intensified by a pent-up demand to celebrate missed occasions that would have typically taken place in the on premise. Nearly two thirds (67%) of GB consumers say the channel is “where they go to celebrate”, while China’s Golden Week celebrations in Autumn was used by 75% of consumers to catch up on celebrations missed earlier in the year.

9. The impact of technology on path to purchase

The ninth mega-trend identified by the research was how technological changes will affect consumer decision making. With customer interaction with bar and waiting staff limited, an acceleration of technology in pubs, bars and restaurants, including bookings may facilitate earlier opportunities to engage with consumers.

2 in 5 consumers in GB state that they would prefer to use technology to book, order and pay than interact with staff, potentially limiting traditional path to purchase routes and amplifying the importance of the likes of digital menu listings.

10. The blurring of on and off premise

A demand for restaurant quality food and pub and bar quality drinks at home has led to a blurring between on and off premise occasions, set to extend into 2021. This has been evident in the growth in delivery with over a quarter (26%) of the GB population ordering delivered food or drinks, for the first time, or more frequently during the first GB lockdown. 58% of business leaders anticipate and increased demand for delivery will impact their business over the first half of 2021 and 1 in 6 consumers have traded traditional on premise spend for takeaway spend since venues were closed.

Our research highlights that consumers are looking to trade up on their at home experiences, to replicate what they would usually get in the on premise, with high quality delivered food allowing this, albeit there remains an untapped opportunity for drinks to reach the same level”, suggesting that delivery occasions are supplementary rather than combative to on premise occasions.