Wagamama opened at the Southwater development in Telford this week—its first restaurant in Shropshire.

Flight Club has confirmed a new opening in 2022—at the Brewery Quarter in Cheltenham in the Spring. It will become the sixth Flight Club location in the UK, after Birmingham, Bristol, Leeds, London and Manchester. International openings are being lined up in Houston, Atlanta and Las Vegas in the US, while the first Australia location opens in Perth on 10 December.

Five Guys opened its latest new restaurant at the Nugent retail park in Orpington this week. 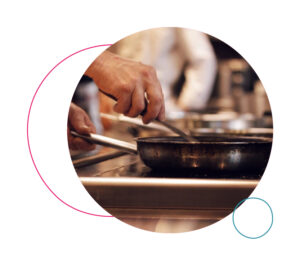 The Manchester and London-based Zanna hospitality group is shortly opening an all-day venue called Café Clo at Fosse Park in Leicester. It will be on the ground floor of the Flannels store at Fosse Park.

Nando’s opened its latest new restaurant at the Riverside complex in Rochdale this week.

South African seafood casual dining brand Ocean Basket has set out plans to open its first outlet in the UK early next year. It will be in Bromley, in a unit that was previously occupied by Café Rouge. Ocean Basket has around 200 restaurants in 20 countries, including 140 in South Africa.

The Prospect Pubs & Bars group will open a fifth site in mid-January. It has taken on the Joiners Arms in Bloxham in Oxfordshire. Prospect’s other four pubs are in Eynsham, Marlow, Walton-on-the-Hill and Woodham.

Wendy’s will open in Brighton next year, local media report. It will be one of around 50 new openings the brand has planned for 2022, which also include a large two-floor site on Camden High Street in London. So far this year Wendy’s has launched restaurants in Reading, Stratford, Oxford, Croydon and Romford, plus five more delivery sites.

The operators behind the Dirty Bones cocktail bar and restaurant brand are launching a New York speakeasy style bar called Roxanne in Shoreditch in February. It will be situated next to the Dirty Bones site on Club Row.

Steakhouse Gaucho has confirmed it will open on West Nile Street in Glasgow in February—its first new restaurant since 2016.

Mayfair bao and bar venue The Lucky Club is opening a second site in Camden in April. It will be located near the entrance to Camden Market.

Pan-Asian brand OISOI has signed for a 130-cover, 4,000 square feet site at Elephant Park. It is a third OISOI has another London site at Royal Wharf, and two in Sheffield. Also opening at Elephant Park are Taiwanese fruit tea concept YiFang and Korean-Japanese takeaway concept Kokoro. YiFang has 16 other units in London and elsewhere, while Kokoro has around 45 locations.

Hackney vegan restaurant Mao Chow has just opened a second site at the Boxpark development in Shoreditch. It is called Mao Chow Express.