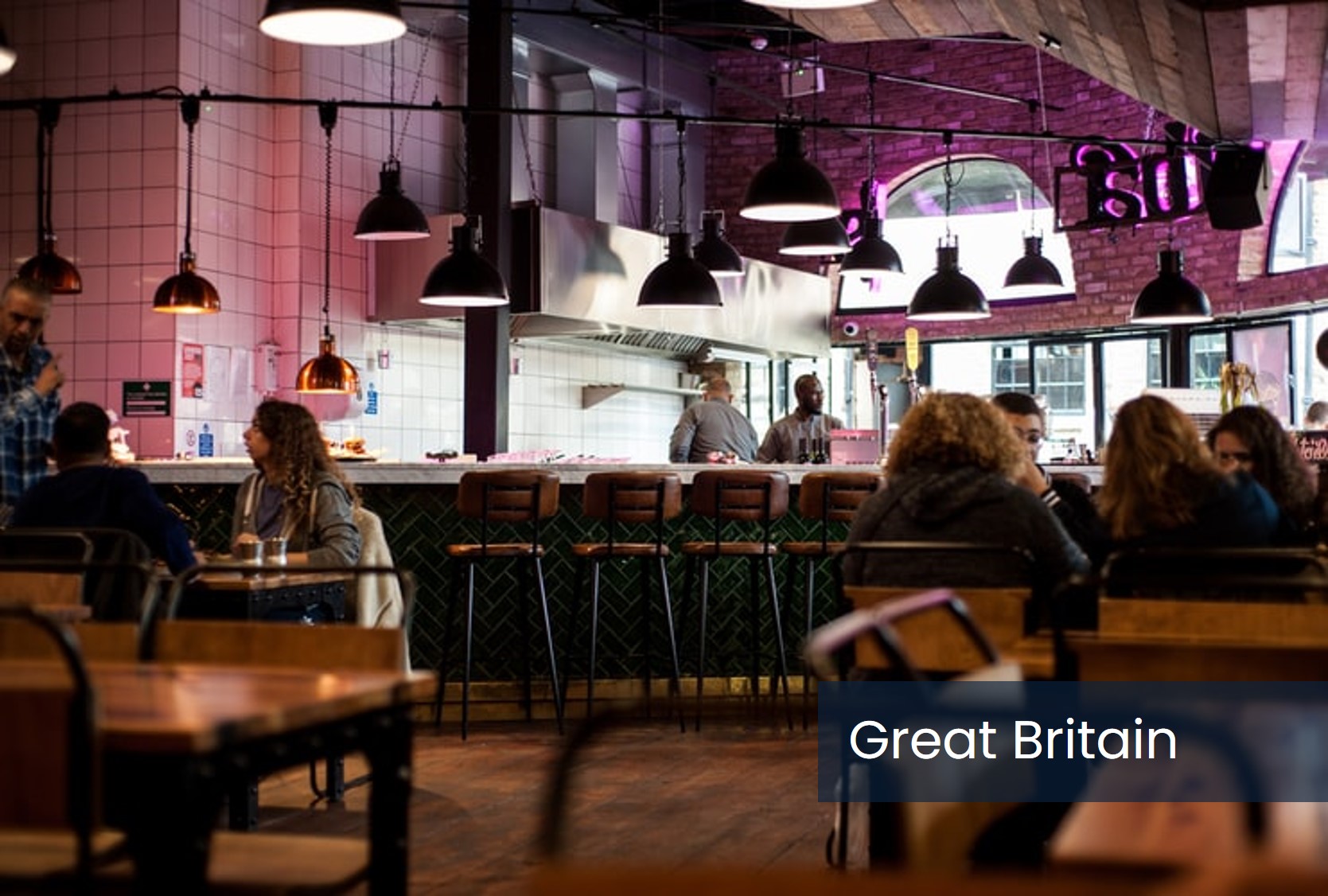 Hawksmoor is launching a new restaurant in Canary Wharf, on a floating pavilion at Wood Wharf docks. It will have 150 covers and a bar housing 120, plus a terrace, and is due to open in the winter. It will become Hawksmoor’s seventh London restaurant and 11th in all.

Whitbread is opening two new Beefeater restaurants in Saffren Walden in Essex and Hamilton in Glasgow. Both are part of new Premier Inn hotels. They take Whitbread’s Beefeater estate to 174.

Wagamama opened this week at Paddington Central. The new restaurant has 162 covers inside and 36 on a terrace, and has enhanced click and collect and delivery areas.

Sri Lankan restaurant group The Coconut Tree is opening in Reading, according to local media. It is taking on a unit previously occupied by Zizzi. The Coconut Tree also has restaurants in Bath, Bournemouth, Bristol, Cardiff, Cheltenham and Oxford.

Cocktail bar group Callooh Callay will open a new site on Kingsland Road in Dalston in the next few weeks. The Duchess of Dalston will join the group’s other sites in Shoreditch, Chelsea and Islington.

The San Carlo restaurant group has confirmed plans for three new openings this year. First will be Isola by San Carlo, a brasserie and bar on St Christopher’s Place in London that will open on a site previously occupied by Carluccio’s in August. Openings in Knightsbridge and Manchester airport will follow before the end of the year.

Scotland’s Italian restaurant group Tony Macaroni has been granted permission to open in Kilmarnock. It will take on a unit that was previously occupied by Frankie & Benny’s. Tony Macaroni has also recently opened in Irvine.

The Santa Maria pizza restaurant concept is opening a new site on Upper Street in Islington. It joins operations in Ealing, Chelsea, Fitzrovia and Brentford.

Wine bar 28º–50º has launched its third site on King’s Road in London, in a unit previously occupied by Byron. It is a 2,900 square feet venue with 80 cover, and joins two other bars in Marylebone and Covent Garden. Also opening on King’s Road is a new Japanese-Peruvian fusion restaurant called NakaNojo, in a 4,500 square feet unit. The deals were done by Sloane Stanley.

D&D London has revealed plans for its new opening in Stratford in early autumn. Haugen will be an all-day Alpine-inspired restaurant operation, with a deli, rooftop bar and outdoor terraces. It will occupy the Pavilion at International Quarter London, and will have 540 covers in all. The name is taken from a ski jumper, Anders Haugen.

The Crust Bros pizza restaurant in Waterloo is opening in July at the Ram Quarter in Wandsworth, as part of the Sambrook’s Brewery’s new Brewery Tap.

The Remarkable Pubs group reopened the Boleyn Tavern this week, following a £1.5m refurbishment. It joins 15 other pubs in the group, mostly in the east and north of London.

The McMullen pub group has reopened the Kings Arms on Great Titchfield Street in London’s Fitzrovia after a refurb. It has several more new and refurbished openings lined up for 2021.

The Boston Tea Party group is launching in Leamington Spa, having taken on a unit previously run by ASK Italian.

The Phat Buns group of Midlands burger restaurants is opening a fifth site in Coventry. It will join two sites in Leicester and one in each of Leicester and Birmingham. More new openings are also planned in Manchester and Nottingham.

PrevPreviousHospitality’s road to recovery: positive steps but a long way to go
NextOpportunities for cocktails as On Premise visitation moves forwardNext