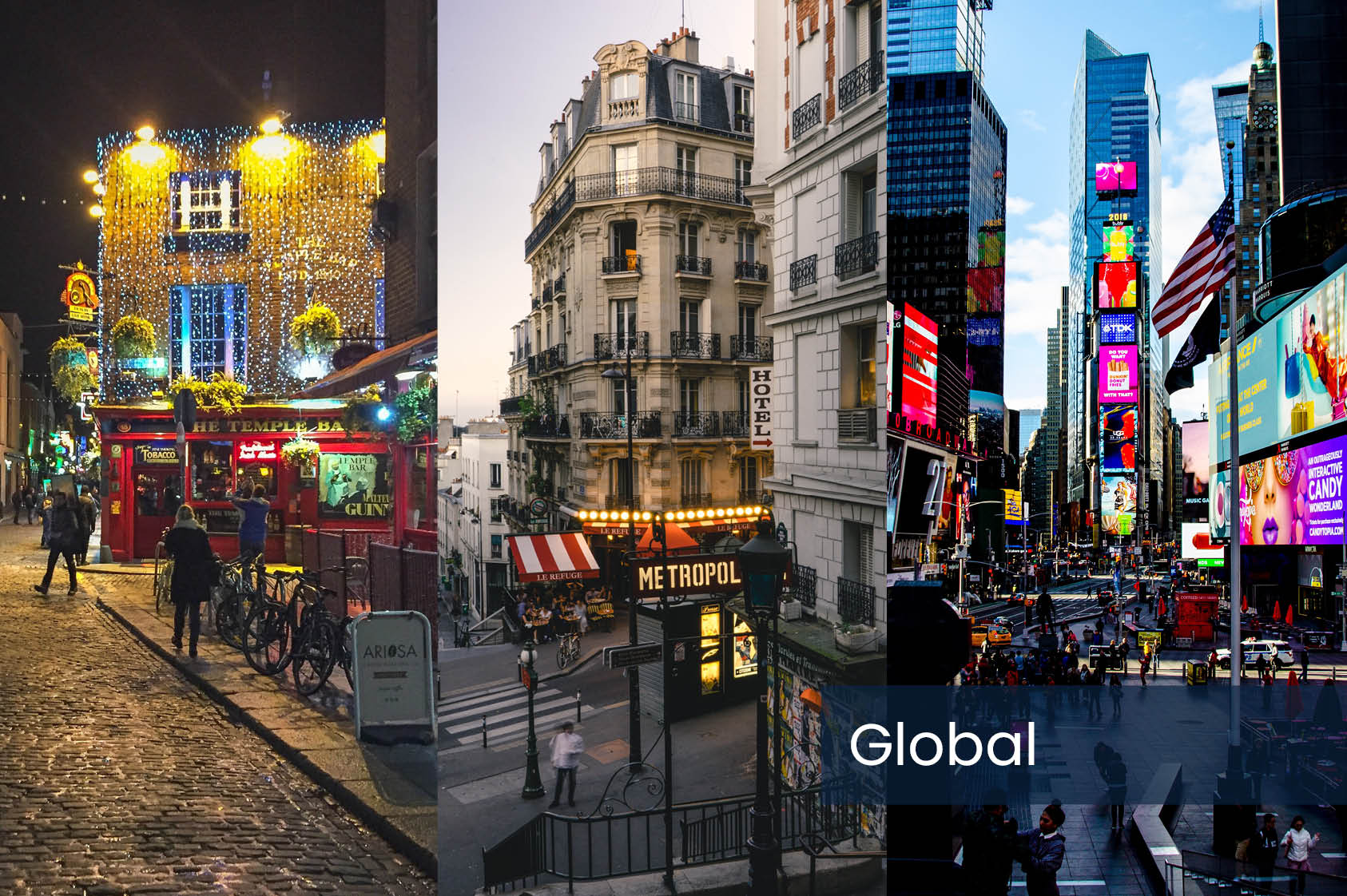 As the On Premise builds back from COVID around the world, it’s crucial for drinks suppliers to understand the nuances between territories. Here are six examples of how three markets—Ireland, France and the US—vary significantly.

Vodka is Ireland’s most popular spirit by some distance, with a 28.0% share of the category. This is double vodka’s share in France (14.1%), and nearly three percentage points ahead of the US (25.3%).

Ireland also over-indexes on gin, which takes a 17.7% share of spirits sales. It’s much higher than both France (4.9%) and the US (3.8%), where gin is far less embedded in the On Premise.

What gin is to Ireland, tequila is to the US. It has a 17.8% share of spirits in the US, exponentially higher than in France (1.7%) and Ireland (1.4%)—though CGA data also has signs that tequila is starting to penetrate European markets.

While tequila and gin lead the way in the US and Ireland, France’s On Premise is dominated by liqueurs and specialities (mainly comprised of aperitif-based drinks). Nearly half (45.3%) of total spirits sales come from this category—more than twice the share in Ireland (20.7%) and triple that of the US (13.6%).

As with gin, cider has far greater visibility in Ireland’s On Premise than either the US or France. It accounts for 9.0% of sales in the Long Alcoholic Drinks (LAD) category in Ireland, compared to just 1.4% and 1.6% in the US and France respectively.

Sian Brennan, CGA’s client director, Ireland, says: “These wide variations show why it is so important to understand consumer dynamics from territory to territory. Drinks, brands and promotional activity that fly in Ireland, France or the US may fall flat in the other two markets, because each of the three has a unique heritage and preferences. Here and around the world, global suppliers need to understand local habits and carefully tailor strategies to get ahead of the game.”

CGA’s research can help suppliers and operators achieve in-depth insights into numerous areas of the On Premise in Ireland, France and the US. To learn more about capabilities in Ireland, email Sian Brennan at sian.brennan@cgastrategy.com.