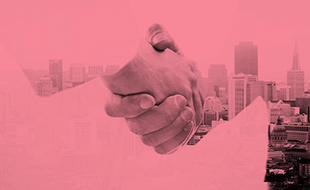 Living up to expectations

What’s to be done about the Living Wage? Some employers still want to vent their anger; others are positively embracing it. For most, resignation seems the overwhelming reaction, writes Peter Martin.

What’s to be done about the Living Wage? Some employers still want to vent their anger; others are positively embracing it. For most, resignation seems the overwhelming reaction, writes Peter Martin.

Politically, there is very little even its fiercest opponents can do, not least because its introduction comes from a Conservative government. That, and the fact that few were expecting it, has surely contributed to the generally muted response from business. In some quarters there still seems a sense of shock.

So, perhaps the best approach is to accept the inevitable and actively embrace it – either begrudgingly, and ‘take it on the chin’, or genuinely and wholeheartedly.

Retailers like IKEA have already pledged to go further. The flat-pack specialist has said it will pay all its 9,000 UK workers at least £7.85 an hour from April next year, with the rate for London employees set at £9.15 an hour.

In our own sector, Danny Breithaupt, chief executive of one of our biggest restaurant operators, The Restaurant Group, has said his business has little to fear from the Living Wage – and in an interview with The Sunday Telegraph dismissed concerns that the mandatory minimum would be damaging, believing that staff would be happier and more productive and staff churn would be reduced.
The newspaper also quoted him saying that businesses had to stand up and be counted and it was not the government’s responsibility to supplement wages if companies did not pay enough, referring to the government’s desire to cut the in-work benefits bill.
The Living Wage will add to costs – that is undeniable – and many companies are now quietly doing their sums before announcing how they are going to proceed, and if necessary adapt, post April. The effects will not be evenly spread.

There are already pressures on pay levels because of rising employment, and labour shortages, especially in London and other major cities. So, the impact of the Living Wage in our major urban centres, where remuneration levels are already higher, is likely to be less than for operators further out in suburbia and country towns. Big cities also have the benefit of a younger workforce for entry-level jobs, which won’t be caught by the new rules.
It may be more difficult further out, and we might see a brake being applied to some brand roll-outs into what might become more marginal areas like market towns. But that will only throw up opportunities for others.

What the Living Wage does give the industry is a good reason to take stock and look at the real value it places on its people, especially those front-line staff that it entrusts its brands’ reputation to every day – the teams that have the vital interaction with the public, its customers.

And as those staff are so valuable, how best should they be deployed? Looking for efficiencies and better working practices and systems should be a given.

American restaurant guru Jim Sullivan’s contribution to last year’s CGA Peach 2020 conference raised some eyebrows when he suggested that the use of technology in the form of tablets in casual dining and kiosks in fast food stores for orders and payments would quickly become the norm across the sector – giving team members more time to look after guests and ‘pile on the hospitality’. His words look prescient now.

The sector needs to get smart, or even smarter than it is now. Expectations for this industry are high. It needs to live up to them. It’s something of a cliché, I know, but the Living Wage may be more of an opportunity than a threat.

This comment piece was first published in the August.September 2015 issue of Peach Report magazine