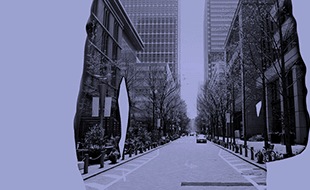 Restaurant chains have suffered something of a public and media relations meltdown this week – over the increasingly emotive topic of tips and service charges. Question is could it have been avoided?

Restaurant chains have suffered something of a public and media relations meltdown this week – over the increasingly emotive topic of tips and service charges. Question is could it have been avoided?

The fact that the media feeding frenzy shows no signs of calming down, with The Times pitching in this morning with more ‘revelations’ about brands ‘taking staff tips’, suggests that some – or perhaps many – companies still haven’t got their act together in understanding how to handle this escalating crisis.

As crisis it is. Mud sticks, and not just to the operators being singled out, but the sector as a whole potentially. Who would want to let their kids work in a restaurant?

So why have the chains appeared so ill-prepared? It can’t just be that everyone was on holiday.

It is not as if this hasn’t happened before. Tipping is not a new target for the media, politicians or the trade unions. Casual dining chains have felt the sting of press attention in the past – and the public backlash that goes with it.

Bizarrely, the main reason why companies gather up staff gratuities has not actually been mentioned in any of the acres of news coverage. It is not because operators are out to ‘steal’ their staff’s tips, it’s because dear old HMRC demand that they do it. They don’t want to, they have to, to ensure NI and tax is being paid in full on all earnings.

The one organisation that is taking a lead and pointing this out is the ALMR, in letters going out to business secretary Sajid Javid, Labour MP and chairman of the business select committee Iain Wright – and the national press.

Can’t imagine any MP, much less a Government minister, condoning tax avoidance. But the role of HMRC in this has not been explained, until now.

There are plenty of war stories out there that should be shared – not least the one of the restaurant company threatened with a multi-million pound tax bill to cover undeclared earnings from tips by its front-line teams. Not surprisingly, it now collects both credit card and cash tips, does the deductions, and then redistributes.

This is not to defend, or criticize, individual company practices – or the rights and wrongs of the service charge. Some make deductions to cover costs, others don’t. They will be judged on how fair their teams, or their customers, think that is – but proper context is needed to counter the more extreme accusations being hurled by critics.

This is about the market’s reputation. We as a sector, individually and collectively, need to be better prepared and equipped to deal with this sort of onslaught – because it will happen again, and if not tips, some other issue. The pub trade, often the target of the anti-drinks brigade, has learned the hard way – casual dining needs to get organized too.