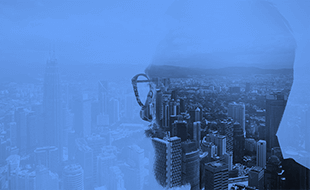 Research by CGA Peach, carried out with Zonal Retail Data Systems, reveals that four in five customers prefer to leave tips in cash – and be sure that their serving staff receive them.

CGA Peach’s BrandTrack survey of 5,000 British adults in April confirms that cash is overwhelmingly preferred as the method of tipping, even when the main cost of food and drink has been paid by card.

Four in five consumers either strongly agree (45%) or agree (35%) that they prefer to give tips by cash rather than card, and the figure is consistently high across all genders and age groups. There is an implication that consumers think that cash is more likely than card payments to go direct to their waiters and waitresses.

The research from BrandTrack and Zonal also shows the connection between customer satisfaction and tipping. Two in five (43%) consumers say they would complain if their food service was too slow, and one in five (21%) if they did not get enough attention from staff – and many said they would leave a smaller tip, or none at all, as a result. But it is poor quality of food (77%) and receiving incorrect orders (71%) that are the most common causes of complaint in restaurants.

PrevPreviousLiving up to expectations
NextLife is a carnivalNext