The Alchemist bar and restaurant brand will open in Glasgow in October. Local media report that it has taken a 5,600 square feet unit, with space for 220 covers plus outside space, on George Square. It will be a second site in Scotland for The Alchemist, after an opening in Edinburgh last year.

Following the success of Shan Shui in Bicester Village, Chew On This restaurant group has opened a second location in Heathrow Terminal 2.

BrewDog has confirmed a bar opening at the Northgate development in Chester. Other brands also lined up for Northgate, which is due to open in the Autumn, include The Florist, Cosy Club and Tapas Revolution.

Pizza Punks will open its fifth restaurant in Leicester in March, local media report. It has taken on a 120-cover unit on St Peter’s Square that was formerly occupied by MOD Pizza. The opening will join branches of Pizza Punks in Belfast, Glasgow, Leeds and Newcastle.

French brasserie group Cote is launching a new restaurant in Henley on Monday (31 January). It will have 130 covers.

The Brunning & Price pub restaurant group is opening in Bath, after acquiring space in the old Empire Hotel in the city. It will be called The Architect and will open in the Summer after a refurbishment.

Vietnamese brand Pho opens its latest new restaurant in the Hockley area of Nottingham on Monday (31 January). It is a 4,000 square feet unit with 100 covers.

Thai street food style brand Zaap Thai has submitted plans for a new restaurant on Ecclesall Road in Sheffield. It would join the brand’s locations in Leeds, Newcastle, Nottingham and York

Gino D’Acampo’s restaurant group has opened its latest new restaurant—an upmarket concept called Luciano in Alderley Edge. More branches of the Luciano concept are expected to be launched in cities including Birmingham, Leeds, central Manchester and Sheffield in the coming months. 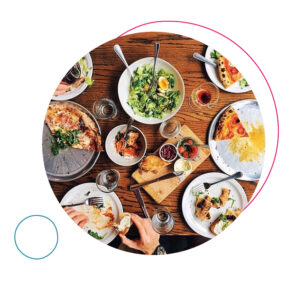 German fast casual restaurant Döner Shack has signed up for a unit at Glasgow’s Silverburn development—its first site in Scotland and fourth in total. The 3,100 square feet restaurant will be based at Silverburn’s Winter Garden and will have takeaway, delivery and click and collect services as well as a 65-cover restaurant. Döner Shack was launched by the team behind the Berlin-inspired restaurant Döner Haus, and the latest opening will join locations in Leeds, Manchester and Leicester.

Soho-based restaurant Truffle Burger is opening a second site on Bishopsgate in the City in the next few weeks. Truffle Burger started out as a street food concept in 2017 and continues to operate at markets at Southbank and Seven Dials. It opened its first permanent site on Bateman Street in Soho last year.

Thai restaurant brand Koh Thai is to set up a new restaurant in Port Solent in Portsmouth. It is a fifth opening for the brand, after Bournemouth, Lilliput, Lymington and Southsea.

PizzaExpress opened this week in Cranleigh. It shut its restaurant there last year as part of its CVA.

Grosvenor has announced the launch of On The Green, a new golf simulation and bar concept, at the Terrace at the Liverpool ONE development. The 4,700 square feet venue has simulators providing 18-hole rounds of golf, plus a bar with an extensive golf-themed cocktail menu.

Fridays is opening a new restaurant in Chelmsford, local media report—its third site in Essex after Basildon and Lakeside. It will be a 8,600 square feet unit with around 300 covers. 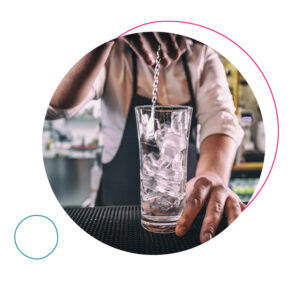 Japanese restaurant group Kibou is opening a fourth site in Solihull in the Spring. It follows openings in Bristol, Cheltenham and London. The Solihull launch is in a unit on the High Street that was previously occupied by Café Rouge.