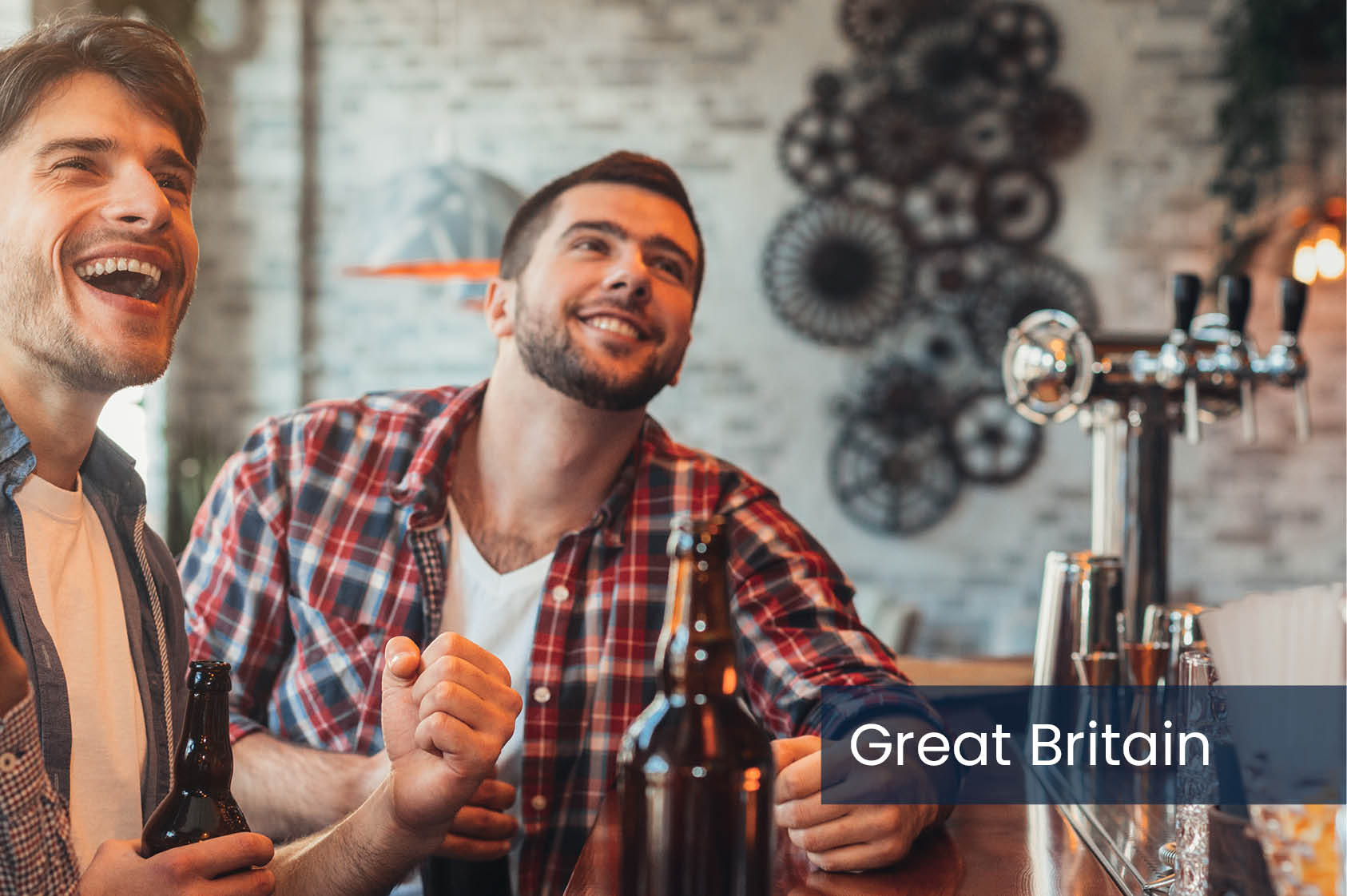 World Cup wrap: Four big matchdays in the On Premise

The first half of the football World Cup has provided a big boost to the On Premise—especially to the beer, cider and spirits categories and pubs and sports bars. Ahead of England’s quarter-final against France, here is CGA by Nielsen IQ’s exclusive analysis of the four matchdays so far.

The home nations’ first matches at the group stage attracted people to pubs and bars on what would ordinarily have been a quiet Monday. Across the On Premise there was a 40% increase in value RoS compared to the average Monday—rising to 73% at pubs and bars screening the games. LAD sales rocketed 95% in these venues, and 66% overall. Total spirits sales rose 50% as English fans celebrated the team’s 6-2 win—but wine sales dropped as some food occasions were disrupted.

With the World Cup rolling into traditional Friday night occasions, the total uplift in drinks sales was slightly lower at 31%, and 49% in venues screening the games. Disappointing results for both teams also muted sales after the end of the matches, especially in Wales after defeat to Iran. LAD category sales were up 39% across all outlets, but spirits topped that with 41% growth. The soft drinks, wine and cocktail categories all benefited too—a sign of the halo effect of the World Cup.

The showdown between England and Wales generated the biggest uplift of four games so far, with RoS rising 43% as consumers changed their usual Tuesday night behaviour. Again, pubs and bars showing the games had a significantly higher increase at 70%. Spirits and LAD sales shot up by 99% and 83% respectively in these venues—and by 71% and 43% across all venues—as England’s fans celebrated a win and progress to the knock-out stages.

England’s last-16 game generated a relatively modest uplifts of 17% in all venues and 32% in sites screening the match. The LAD and spirits categories (up 26% and 23% in total, and 40% and 39% in sports venues) were neck and neck for growth. There was no such upswing for other categories like soft drinks, wine and cocktails, though sales of all three did rise in pubs and bars showing the football.

CGA by Nielsen IQ client director Paul Bolton said: “The first four games of the World Cup have delivered some very good results for the On Premise. All eyes are now on Saturday’s quarter-final between England and France, which brings many opportunities for On Premise occasions before, during and after the game. Operators and suppliers will be hoping that England can progress all the way to the final to keep the sales rolling in.”

PrevPreviousCGA by NielsenIQ Christmas Report 2022
NextCanada’s On Premise: 5 consumer behaviours to watch in 2023Next