Is rum the next gin? Why pubs and bars are growing their rum range

CGA and DrinkUp.London’s Influencer report identified rum as one of the top opportunities for growth. Stocking eleven rum brands on average, 1 in 10 of London’s most influential bars plan to expand their rum range even further over the next year; a trend reflected across the wider market, with the average outlet stocking +5% more brands than they did last year. So, what’s driving the growth of rum on the back bar?
Previous
Next

CGA and DrinkUp.London’s Influencer report identified rum as one of the top opportunities for growth.  Stocking eleven rum brands on average, 1 in 10 of London’s most influential bars plan to expand their rum range even further over the next year; a trend reflected across the wider market, with the average outlet stocking +5% more brands than they did last year.

So, what’s driving the growth of rum on the back bar?

After gin, rum remains the only other spirit subcategory in growth along with Tequila (a category a fifth its size).

The latest data from CGA’s On-Premise Measurement Service shows the category volume growth is now at +2% over the year, while at this point last year growth was at +4% and as high as +6% through 2018 as excitement around the category was bourgeoning.

Much like gin, rum is a category with a rich history and cultural heritage. While the exact origins of rum is an area of contention, the drink is thought to date back to 17th century colonial years when Caribbean plantation workers began to ferment molasses, a by-product of the sugar refining process, into alcohol. Its popularity in the Caribbean quickly spread across colonial North America. At the height of its popularity in American colonies, estimations suggest that the average drinking-age person consumed three gallons of rum each year.

Over the past year around six million litres of rum has been sold in the GB on-trade, equating to around 0.03 gallons per drinking age adult.  Even when just considering the five million consumers that drink rum out-of-home this still only accounts to roughly a quarter of a gallon each year per person.

Whilst our consumption of rum may be modest compared with that of our colonial ancestors, there is no doubt that the category is attracting more and more interest both from consumers and bartenders, with the latter often predicting a category explosion akin to that of gin.  With both categories enjoying a strong culture, heritage and provenance, rum brands are well placed to replicate gin’s blueprint for success by using these attributes to engage consumers and drive the category’s premium credentials.

Much like gin, rum’s versatility in serve and mixability provides scalable opportunity. Gin was able to drive sales through the Gin & Tonic and similarly almost half (49%) of rum drinkers typically drinking the category with a mixer, mostly cola, and a further 23% drinking it as a cocktail. This is reflected in the mainstream cocktail market with rum being present in almost half of all cocktail serves and with the Mojito, Daquiri and Pina Colada all in the top 10 cocktails in GB (Source: Mixed Drinks Report 2019).

But can rum really be compared to gin? Contrary to the widespread premiumisation of the market, the majority of rum’s growth is being driven through standard brands, with standard accounting for 83% of total growth.

While standard white rum has seen the sharpest decline over the past few years, standard spiced brands have enjoyed growth. In fact, if standard spiced rum is removed, total rum is actually in -4% decline. This is in contrast to gin which, until the more recent surge in standard pink gin, had seen the majority of growth come through premium.

CGA’s BrandTrack data suggests that not all consumers are distinguishing between spiced, golden and dark rum.  BrandTrack, which surveys 20,000 consumers a year, highlights that whilst 59% of rum drinkers are choosing to drink at least one ‘spiced rum’ brand in the on-trade, only 41% claim to drink ‘spiced rum’ when asked which styles of rum they drink.

Moreover, 63% of spiced rum drinkers also drink other types of rum, suggesting that spiced rum’s growth can be beneficial to the wider category as the consumers it attracts will tend to drink other styles of rum.

Although it may be early days for premiumisation in rum, consumers’ likelihood to experiment within the category as well as macro trends towards drinking less but better, suggests premiums could be the next wave of growth.

So what is the future for rum? As outlets expand their ranges, we can expect to see more and more new products entering the market. Growth in flavoured & spiced rums opens up the doors for experimentation, whether this be through cocktails, new or limited-edition products or innovative serves. As we’ve seen across the likes of gin and whisk(e)y brands, rum’s versatility and heritage mean experiential mechanics like cocktail masterclasses, virtual distillery tours and food pairings can provide the perfect ways to engage consumers with rum. This can work to drive the premium credentials of the category, capitalising on the new drinkers brought in through the growth in standard rum.

Ultimately, there is significant opportunity in the category which has all the right instRUMents for success!

About the author: Mark Jackson

Mark is a Senior Client Manager at CGA and has been with the business for three years. With a background in pubs and hospitality, Mark has lived and breathed the on-trade for over ten years and brews his own cider at home. Committed to building strong relationships with his clients and delivering strategic, actionable insight with CGA’s phenomenal data. Contact him at mark.jackson@cga.co.uk with questions. 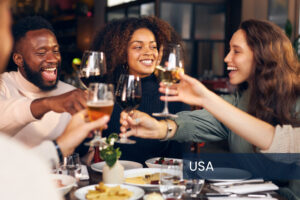 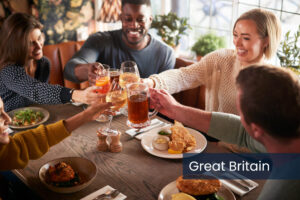 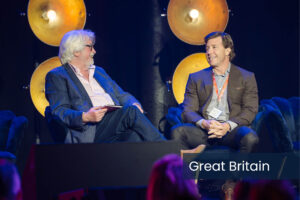 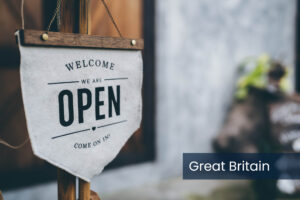 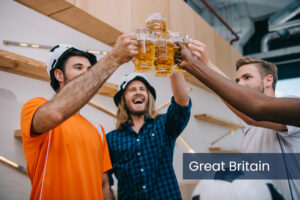 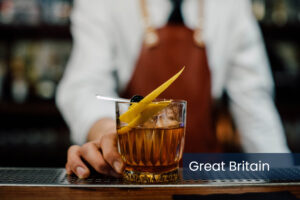 PrevPreviousHealth, coffee and delivery shaking up food-to-go
NextCGA to set out secrets of brand momentum at Arena Autumn EventNext