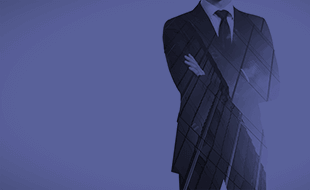 As it turns 50, Pizza Express is the subject of an in-depth profile in the latest issue of Peach Report, out now. Here are five things we learned from meeting chief executive Richard Hodgson

As it turns 50, Pizza Express is the subject of an in-depth profile in the latest issue of Peach Report, out now. Here are five things we learned from meeting chief executive Richard Hodgson

1 Pizza Express has come a long way
Since opening its doors on Wardour Street in 1965, Pizza Express has been perhaps the most influential patriarch of casual dining in the UK. To that restaurant it has added some 450 more around the country, plus another 80 internationally. And after two flotations and two rounds of UK private equity ownership in the last couple of decades, it is now in the hands of a Chinese private equity group, Hony Capital. It is safe to say no-one would have thought that remotely possible 50 years ago.

2 There’s room to grow in the UK…
Some speakers at CGA Peach’s recent Future of Finance and Development suggested the UK’s casual dining market might be reaching saturation, not least in the ultra-competitive Italian segment. If so, no-one has told Pizza Express, which wants to add around 20 restaurants a year here for the foreseeable future. Hodgson says that when Cinven bought the business eight years ago, its research suggested there was potential for around 200 more UK restaurants—but 130 openings on, when a similar exercise was made ahead of its sale to Hony, the scope it identified was the same: 200. Fewer than a fifth of those openings will be in London, with provincial towns among the targets.

3 … But even more potential overseas
Hodgson sees significant openings for Pizza Express in many international markets—but nowhere is more attractive than China, especially now Hony is at the wheel. “The potential in China is eye-watering. The middle classes’ incomes are going through the roof, and they love western brands.” It will be directly managing the operations too, having just reclaimed its China franchise. “Franchising is all well and good if you don’t have the capital. But we do,” says Hodgson.

4 Everything in restaurants is about marketing
Hodgson joined Pizza Express from a background in marketing, at supermarkets Asda, Waitrose and Morrison’s among others. Running restaurants might seem a very different discipline, but what is common is the importance of image. “It all boils down to the brand—the promise you make to your customers. The Asda promise was that you could do your shopping for the lowest possible price, the Waitrose one that you can get really good quality food and service. And at Pizza Express it’s that you can get fresh, Italian pizza, served quickly and to a really high standard.”

5 Vouchering works—if it’s done right
A frequent criticism of Pizza Express has been its reliance on vouchers. But Hodgson insists they have been an important driver of footfall, and can still earn the brand a decent margin. Discounts need to be applied intelligently though. “The problem was it was a very blunt tool, and you suddenly had restaurants that were busy anyway but that were now busy with people getting 25% off. That was crazy. But some of our restaurants outside London would have closed if it wasn’t for vouchers and discounts. Without doubt it was the right thing to do.”